Five years after emerging from the largest municipal bankruptcy in U.S. history, Detroit is on the rise.

Property values are up, new corporate headquarters are coming in and the downtown is thriving. Motor City is earning a new reputation as “the hottest city in America,” says business columnist Daniel Howes of the Detroit News.

Opening this summer, the $50-million Henry Ford-Detroit Pistons Performance Center is another example of the city’s revitalization. With world-class training and sports medicine facilities, it is sure to give an edge to Pistons basketball players, as well as athletes from the general public.

Check out this article published in HPAC Engineering about this new facility and the role Seresco played in bringing it to the community. 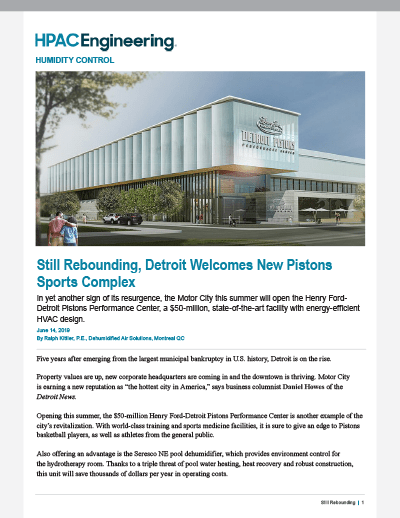